You might not have noticed but science fiction, by its very name, isn’t real science. But, what makes truly great sci-fi different from the rest is that it’s often grounded in reality – it’s believable. Sci-fi has given us good and bad predictions of the future – some of which, but not many – are now playing out. Today, we’re looking at 5 famous sci-fi movies and the predictions they made about future automation.

Of course, we’re starting with a favorite, but also one that really missed the mark on what the future of automation would be like with cyborgs. The terminators, in the films, are extremely adaptable, and able to deal with new situations and information constantly. The reality, however, is that bots only do what you tell them and anything outside of that will leave them stumped. We’re a long way off killer robots…. which is good news to be fair.

In Ex-Machina we see AI machines fall in love, care, cheat, and manipulate all as part of their very ‘being’. But the truth is that they dropped the ball on showing the difference between intelligence and consciousness. The machines in the film behave in an intelligent way in that they aren’t actually loving – they are just mimicking emotions to manipulate and be able to preserve themselves. But they aren’t protecting their existence – they’re protecting their programming. Also, one lone genius in the woods could never make such a staggering AI breakthrough on his own. Just saying.

From the visionary mind of Stanley Kubrick, this sci-fi classic features the infamous computer HAL. Now, credit to the vision of Kubrick, much of HAL’s job is to fulfill computing tasks too complicated for the human crew to do and in doing so keep them alive. This very much represents the world now with machines being built to tackle tasks too repetitive, too complicated, or too vast for people to carry them out. Because of that great prediction, we’ll ignore the part where HAL makes the decision to turn into a killer AI (*spoilers*).

This film took the concept of machines controlled by fundamental rule sets, laid out interesting visuals about future automation… and then sort of just decided to make an action film (!).  For that, we can forgive it, because there are some fun moments but the idea of a bot reprogramming itself is quite ridiculous. The knowledge and, importantly, intelligence required to do that just doesn’t exist in robots today or for a very long time.

Blade Runner is rightfully called one of the greatest sci-fi films ever made, and its special effects and philosophies on humanity have aged well for a movie made back in 1982. It didn’t get everything right, sure, but it was on point with connected devices throughout the home and the rise of video calling. Whenever we want to eliminate the bots we make we just hit delete – which is a lot easier than Deckard had it.

Got a favorite piece of movie robotics or automation? Chat about it with PAteam today.

← Prev: Will Intelligent Automation Lead To Job Losses? Next: How To Know What To Automate First → 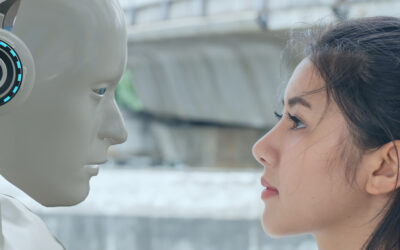 Are Your Automation Ethics On Point?

While automation isn’t new we have seen it shoot up in popularity. It seems a growing wave of intelligent automation...

END_OF_DOCUMENT_TOKEN_TO_BE_REPLACED 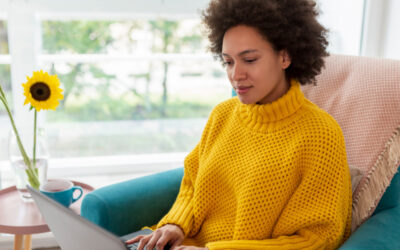 Post-Covid, firms are turning to automation to save money and improve productivity. By 2025, the market value is expected to reach over $15 billion.

END_OF_DOCUMENT_TOKEN_TO_BE_REPLACED 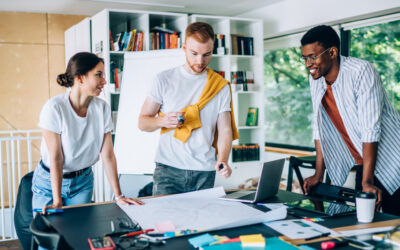 Could your automation do with some design thinking?

Design Thinking has been used by customer-facing companies to develop products and services for a long time. But, can it benefit intelligent automation?